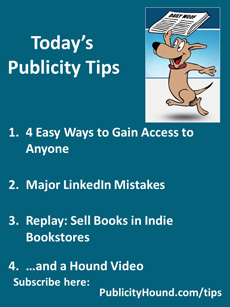 I’m digging up dahlia bulbs today and drying them out. Then I’ll pack them in empty coffee cans filled with peat moss, and label the cans according to the color of the bloom. Last year, I threw the bulbs into a plastic pail to dry out and forgot about them. Months later, they were so shriveled, I couldn’t remember what they were or how they got there.

When reporter Betty Liu joined Bloomberg Television, her goal was to nab the network’s first interview with Warren Buffett.

“I knew that he was a voracious reader and consumer of information,” she writes in a LinkedIn article. “So anytime I saw something that might strike his fancy–be it a piece about his favorite sports team or a report on the Chinese economy–I sent it along. Whenever the network did a piece on him, I sent him that, too. When his assistant would call or email asking me for more information, I knew that I was starting to get somewhere.”

After years of pursuing him, the world’s third richest man finally agreed to an interview. But only because she was so persistent.

You and I don’t have the backing of a global media organization like Bloomberg. But we can do the same four things Betty Liu did to catch the attention of important people and maybe even persuade them to call us.

To do: Read her article “4 Easy Ways to Get Access to Anyone, Even Warren Buffett.” Here’s my tip to add to her list: Check to see if The Big Cheese is on social media. Sure enough, I discovered, Buffett tweets. His Twitter feed includes dozens of clues about topics that resonate with him. Which journalists, industry experts or influencers can you help before you ask them to help you?

To do: Check your LinkedIn profile for inappropriate photos and skimpy headlines. In your Summary, explain your value and accomplishments, not just a list of tasks you perform. See how I explain my value on my LinkedIn profile. Invite me to connect, and customize the invitation by explaining how you know me.

If you missed the free training this week with Amy Collins on “How Indie Authors and Publishers Can Sell Tons of Books to Independent
Bookstores, Gift Shops & Specialty Retailers,” you can catch the replay.

In addition to learning the exact step-by-step process on how to pitch your book to these stores, you’ll meet self-published authors who have sold thousands of books using the same strategy and techniques.

To do: Before the clock strikes midnight on Sunday night, take advantage of the free video training and special offer that will shave months off the job of researching and contacting these stores on your own. Catch it here. 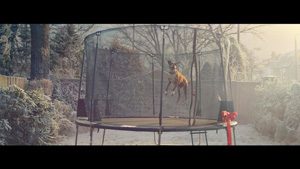 Thanks to Publicity Hound Judith Briles of Denver, my favorite book shepherd, for this video that shows #BustertheBoxer and his four-legged friends jumping for joy on a trampoline.