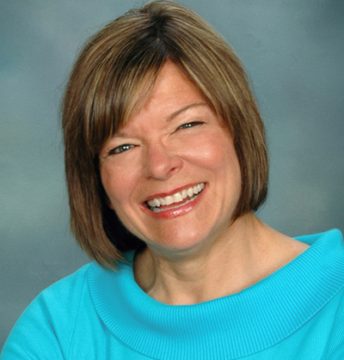 Publicity Expert Joan Stewart, aka the Publicity Hound® works with authors, speakers, experts, small business owners and nonprofits that need to use free publicity in traditional and social media to establish their credibility, enhance their reputation, position themselves as experts, sell more products and services, and promote a favorite cause or issue—without an expensive publicist. Find more than 1,000 free articles at her website and blog at http://PublicityHound.com.

Joan Stewart, who frequently ranks #1 for “publicity expert” on Google, works with authors, speakers, experts, small business owners and  nonprofits that need to use free publicity in traditional media and online visibility in social media to establish their credibility, enhance their reputation, position themselves as experts, sell more products and services, and promote a favorite cause or issue–without an expensive publicist.

She publishes the popular electronic newsletter, The Publicity Hound’s Tips of the Week. Ask her a question by emailing JStewart@PublicityHound.

Joan Stewart’s free publicity campaign started at age 10 when The Maple Heights Press, her hometown weekly newspaper in suburban Cleveland, Ohio, wrote a four-inch story about a blue ribbon she won for a 4-H sewing project (a bright blue apron) at the Ohio State Fair.

From then on, she was hooked on publicity.

A few years later, when she wasn’t playing with Barbie dolls and listening to Beatles albums, Stewart was always scheming and thinking of ways to get into the giant newsroom at The Cleveland Press, her local metropolitan newspaper, so she could meet reporters and ask them about their jobs.

During the next 10 years, she used every excuse imaginable to visit The Press.

She interviewed reporters for class projects. She visited the newsroom during school field trips. She talked her way into the newsroom again when she was named sports editor of her high school newspaper and told the grizzled sports reporters at The Press that she wanted to visit them to “learn how the pros do it.” She was mesmerized by the clanging of Underwood manual typewriters, editors barking orders to reporters, and the thick fog of cigarette smoke.

In 1974, she was involved in her first investigative story as editor of The BG News at Bowling Green State University in Bowling Green, Ohio. Rumors had circulated throughout campus that local fraternities were encouraging their members to cast multiple ballots in the student elections so their fellow fraternity members would be elected. She and three other newspaper staffers entered the voting booths several times on election day and stamped “The BG News” on the paper ballots, then dropped them into the ballot boxes—proving that the lax election system indeed made it possible for students to vote more than once.

The university threatened her and the other journalists with expulsion. When The Associated Press published the story, The Cleveland Press learned about it and called her for an interview. She was thrilled because it gave her one more excuse to visit the newsroom. The following day, she was mortified when the newspaper she worshiped misspelled her name in the article. “Joan Gestl” appeared as “Joan Grestl.” It was her first valuable lesson about the importance of accuracy.

Stewart worked as a reporter, city editor, managing editor and writing coach during her 14 years at The Lake County News-Herald in Willoughby, Ohio. She assigned and edited many award-winning stories and won several writing awards for her own journalism.

From there, she worked as editor at The Sheboygan Press in Sheboygan, Wis., The Express-Times in Easton, Pa.; and The Business Journal in Milwaukee, Wis. She left the newspaper industry in 1994 to start her own business.

As a publicity consultant, speaker and trainer, she works with business owners, nonprofits and organizations that need to use free publicity in traditional and social media to establish their credibility, enhance their reputation, position themselves as experts, sell more products and services, and promote a favorite cause or issue–without an expensive publicist. (If you need a publicist, she can refer one.)

Today, in addition to her consulting practice, Joan travels North America giving workshops and keynotes on media topics to business and trade groups, nonprofits, and government agencies. She is a past president of the Wisconsin chapter of the National Speakers Association.

Stewart publishes the popular electronic newsletter “The Publicity Hound’s Tips of the Week” which features publicity and social media tips, and one clean dog joke or video, in each issue. She is also a member of The Summit Group, a Milwaukee-based group of management consultants.

She lives (and tries to stay warm) in Port Washington, Wis., where today she is smoke-free.

–She was the first student to earn her athletic letter at Lumen Cordium High School—an all-girls Catholic school in Bedford, Ohio—where she played on the all-star volleyball and basketball teams and won bowling trophies.

–While a reporter at The News-Herald in Willoughby, Ohio, she interviewed legendary movie star Bette Davis and high-wire daredevil Karl Wallenda of The Flying Wallendas.

–She’s the past president of The Port Washington Garden Club. 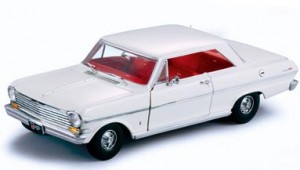 –The most prized possession in her office is a 1:18 model of her first car, a white 1963 Chevy Nova, affectionately referred to as “The White Tornado.”

–She has watched all six seasons of “The Sopranos” at least a dozen times. Her favorite character is Livia Soprano, Tony’s mother, whose best line was “I gave my life to my children on a silver platta.”

–She collects colorful terra cotta suns, in all sizes.

–Her ideal Saturday: Driving to Madison, Wis., for the farmer’s market around the Capitol, hitting the consignment shops, and having vegetarian food at the Green Owl Cafe.

–She’s a Green Bay Packers fan and often gives away a foam Cheesehead hat as the grand prize during her speaking engagements.

–Even though she’s afraid of heights and won’t look down when she’s walking across a bridge, her Bucket List includes skydiving.

–She can’t remember what she did yesterday, but she still knows all the words to “Talent Round-up Day” on “The Mickey Mouse Club” from the 1950s.