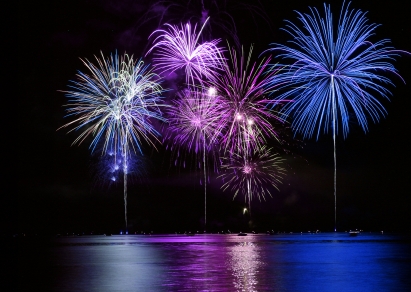 You might so excited about your company’s anniversary that you’re ready to shoot off fireworks. But don’t expect anybody else to join you.

Unless, of course, you offer an interesting timeline of the most newsworthy events in your industry, or your company, during that time you were in business.

I came up with that idea yesterday during a consulting call with a member of my mentor program.  She wanted ideas for press releases when there was no big news to share. We discussed some of these 13 press release topics when there’s nothing newsworthy. And then I asked her if she was celebrating her company’s anniversary soon. She said yes.

Let’s say your company sells mobile phones.  You can use a timeline to show how phones have evolved over more than three decades, starting from when the first call was made in 1973  from a big clunky phone that looked more like a shore, to today, when the latest iPhone or Android is on the market. These historical timelines are interesting.

Other Ways to Generate Publicity

Here are other ways to piggyback onto your company anniversary for publicity:

Let’s hear your ideas in the Comments section below.

Like this post? Retweet it. Share it on Facebook, or with a LinkedIn group. And stay in touch with me twice a week by signing up for my ezine in the box in the right margin.