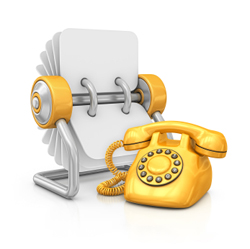 If you do your own publicity, or you’re a publicist who has a small number of clients, you probably don’t have to spend thousands of  dollars on those massive media directories that are as big as phone books.

By spending some time online researching a half dozen key reporters, editors or talk show hosts, you can gather details that you’ll never find in those big databases.

For example,  in about 10 minutes, I discovered a treasure trove of personal information about Deborah Kotz, former health reporter for U.S. News & World Report who now writes a consumer health blog for the  Boston Globe. By spending time at her blog, I learned that Kotz had thought about her risk of staying on birth control pills until she reaches menopause, and lamented the dearth of research on the long-term use of contraceptives by women. You will NEVER find juicy details like that in the big media directories.

So how about creating your own?

Join me at 3 p.m. Eastern Time on Thursday, Feb. 16, when I present the webinar “How to Create Your Own Database of Valuable Media Contacts.” Register here.

If you’re trying to generate publicity for yourself, or you’re a publicist, you’ll learn about the types of information to include in your database, shortcuts that will help find the best contacts quickly, and the most important details to include in each entry.

I’m offering a huge bonus for everyone who registers: a package of eight templates, the same ones I use, so you don’t have to start from scratch. These will be PDFs and you’ll have to recreate them depending on what program you’re  using to build your database. More about that on Thursday.