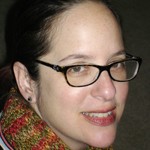 This guest post, the second of a two-part series, was written by Margaret Larkin, owner of Metrolingua LLC in Chicago. She produces the popular podcast Radiogirl. You can also find her on Google Plus and Google Voice at 716-202-TALK (8255). See Part 1. Radio interviews are tricky: How to be the perfect guest.

When you’re a guest on a radio show, take charge of your own media.

Find a way to record the segment, whether it’s with video or just audio. Producers are busy and sometimes don’t have the time to send you audio on request.

If your audio is posted on the show’s website, having the link is not enough. Download the audio file. If you can’t download it, because some audio players are flash and don’t allow downloads, then record it yourself from the website. Since you are the guest, it is your responsibility to understand how to capture your segment, so either learn how to do it and get the right tools, or hire someone to do it for you.

I’ve seen a marketing consultant bring his own professional videographer, so I’d say that consultant follows what he preaches.

If you feel you need to ask the producer for the audio, be patient and kind in your request. Very few producers nowadays work at a station full time and are not paid for many hours beyond the airtime of the show. So if the producer doesn’t respond, or takes a while to respond to your request, it’s probably because he or she can only do so much within the time that’s been allotted.

I know one PR pro who was aware that his request for archived audio was inconvenient, so he ended up buying a big tin of snacks for the guy who sent it to him as a “thank you.” That’s savvy, and will motivate the guy to send him audio in the future!

Don’t Promote on Your Radio Show 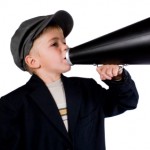 It’s a show, not an infomercial. I’ve seen some guests so desperate to pitch their own product or business, they end up sounding like an informercial, which has infuriated the host. The host is in charge, not you.

If you’ve written a book, and the host only talks about a general topic related to your book, that’s his or her perogative.

You’re not there to sell your book, company, or products. You’re there to talk about topics that would interest listeners because they will tune out if they feel like they’re listening to a commercial.

Recently, a guest did a great job talking about his innovative financial institution and sounded like he had a good attitude. However, after the segment, I heard his PR rep complain that the host focused on something she didn’t expect, nor want. My attitude (which I only thought, not said) was, “Too bad; it sounded good, and that’s all that matters.”

On the other hand, I’ve seen various guests who’ve had no problem going with the host’s flow, and it seems like they’ve listened to enough radio to understand that quality content, more than their business, matters. So remember, it’s not about you. It’s  about the host, the listeners and the goals of the show.

Treat All Radio Personnel with Respect

This sounds like obvious advice, but some guests think that since they’ve already done a lot of media, or even if they’re simply married to a famous athlete, they can get away with not treating people behind the scenes well.

If a guest is demanding, condescending, rude, or has some other negative attribute, everyone in the station will know, and the guest will instantly have a bad reputation.

That could spill over into the producer not responding to the guests’ requests after the show, delaying communication, not promoting the segment extensively in social media, not inviting the guest back, etc.

The best guests are the ones who are friendly but not pushy, understand the producer’s limited time and capabilities, and are helpful with information, no matter how many TV shows or radio shows they’ve been on. 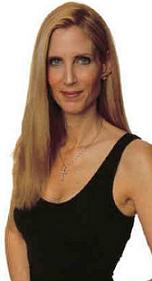 Kindness will go a long way and will have positive repurcussions that last a lot longer than the segment. I’ve met and communicated with many wonderful guests and their PR reps, and I really appreciate them.

One guest who is memorable for being extra polite and understanding is Ann Coulter. I’m mentioning her because she seems super-controversial when she appears in the media and has been vilified by many people.

However, she stands out because of a surprising experience I had with her. I was working for a show on a small station (which no longer exists) but was able to get her to come on the show. That was a big deal because she had done mostly big media, and I thought she’d easily pass.

The day of her appearance came, and she didn’t call in. I couldn’t reach her. It turned out she was doing a TV segment beforehand and ended up nixing us as a result.

I figured it was inevitable because we weren’t as important, so I moved on. However, I talked to her PR rep, and Coulter rescheduled for the next day. I was skeptical she would actually call in, but sure enough she did, and she apologized to me for not calling in the previous day.

She sounded friendly and really sorry that she didn’t keep her promise, and I was impressed because she didn’t cop an attitude, which I assumed she would do based on her public reputation. So if she can be considerate and accommodating, probably anybody has such potential to be the same.  😀

If You Get Bumped from a Radio Show…

Don’t be offended. Sometimes you might get booked for a show, but will get bumped for something else. If there is breaking news and you can’t add anything to it, or if an A-list celebrity has decided to go on the show during your time slot, you will get bumped.

Don’t take it personally, but communicate with the producer to set up another day. Remember, the host is in charge, and he or she has to make the show entertaining and informative for the audience. If you don’t fit that day, don’t worry. If you feel like you’ve been neglected after the bump, gently remind the producer that you would like to be rebooked.

Acting aggressively will not convince the producer and can do more harm than good. If you can, try to go to an event outside of the station to meet people who work for the show and let them know you’re still available to do a segment.

So the bottom line is to do your homework, get to know a show, practice, be nice, and bring treats.

The people working on the show will love you, and you’ll be invited back!