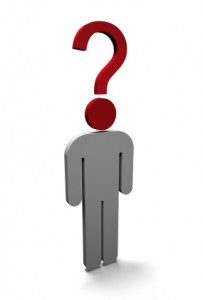 The next time a reporter interviews you, and you don’t know the answer to a question, resist the urge to panic.

Too many interview subjects think reporters expect them to know all the answers to every potential question.

Reporters don’t. All they want is a good story.

Here, then, are five reasons why it’s OK to say “I don’t know” during an interview and how that simple little phrase can actually keep you out of trouble.


1. Reporters, particularly TV reporters, sometimes know very little about the topic of their story and need you to educate them.

They often don’t have time to do research. Sometimes they’re covering the beat as a fill-in for another reporter who’s on vacation and they’re clueless about the subject matter. If they ask  you a question and you say “I don’t know,” they won’t hold it against you if they’re in the dark, too.

I can’t remember the last time I saw that phrase printed in a news story, or lifted from a broadcast interview and played on the air. That’s because it adds absolutely nothing to the story. Reporters want the sizzling, sexy sound bites.


3. The question might be completely irrelevant to the story.

When I started working as a reporter and lacked confidence, one of my worst fears was looking dumb in front of news sources. Rather than just saying, “I really don’t know a lot about this topic. Can you help me understand it?,” I’d ask any question that I thought was relevant, or stall for time until I could think of a better one.

If the question is irrelevant to the story, you can say so. And then come back with “A far better question is….” or “What people really want to know is…”

That little technique, by the way, is a wonderful way to bridge from a question you really don’t want to answer to your key message. Smart reporters might not let you get away with it, but novice reporters probably will.


4. If you try to pretend like you know what you’re talking about, and you don’t, your answer  can include wrong information that comes back to haunt you.

The reporter asks a tough question. You panic and start babbling. The reporter includes a quote from you, and quotes from several others who refute what you just said. Embarrassing.


5.  The urge to respond to every question can lead to little white lies.

Of course you’d never lie to a reporter. You’re not that dumb.

But I’ve seen case after case in which intertiew subjects think they owe reporters an answer to every question. “The qustion must be important or the reporter would never have asked it,” they think. So they say something—anything—and pretty soon they’re stretching the truth.

What about you? If you’ve been interviewed, what have you said when you didn’t know the answer to a question?

If you’re a journalist, I’d love to see any other tips you can add to this list.