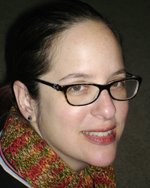 This guest post, the first of a two-part series, was written by Margaret Larkin, owner of Metrolingua LLC in Chicago. She produces the popular podcast Radiogirl. You can also find her on Google Plus and Google Voice at 716-202-TALK (8255).

I’ve been working in radio for a while, and part of my experience has been producing radio shows.

I currently produce WGN Weekend with Bill Moller on WGN Radio in Chicago, which airs on Saturdays. I have met a variety of people through email and at the show who are guests or public relations professionals, and generally I’ve had a good experience.

However, I’ve seen guests who seem clueless about what to do, even if they’ve hired a PR professional and have even been on TV. So I would like to offer some advice to help people to have a better experience, and to know what to expect.

Make Sure You Fit

It is very important to find out what a show is like before you pitch the producer or host. Listen to the show, look at the show’s website and Facebook page, and honestly ask yourself if you belong there.

It doesn’t matter how many emails you send, what jokes you crack, or how you ingratiate yourself to the show’s producer or host. If you don’t fit, they won’t put you on.

In a previous show I worked for, I dealt with a publisher who really understood their target audience, and seemed to understand what our show was about. The press releases were well-written, the phone communication was professional and polite, and if we said “no”, they graciously accepted the rejection. Even though not everything fit, what they were pitching was still within the general topics that we covered, and they seemed to do their research to send guests who fit the format and sounded good on the air, too.

However, I also encountered someone who was not professional and ended up being a pest because he wouldn’t take “no” for an answer. Usually if someone doesn’t fit a show, producers delete their email and don’t even bother to respond.

I decided to let the guy know that his content wouldn’t fit the show, and he wouldn’t accept what I said. He didn’t bother to look at the website or listen to the show. I guess he was just too desperate to get his story on the air, so he kept emailing me, even when I explained in more detail why he wouldn’t fit.

As a result, I ended up having no respect for him, and would probably not want him on the show even if he were a good fit because there are plenty of other potential guests out there.

Be an Interesting Guest

It’s not enough to just book someone. If you’re a PR professional, your work doesn’t end with the fact that you got your client on a radio show. Make sure your client knows how to talk on the air.

If he or she has had no experience being on a radio show, practice by asking questions and listening to the responses. Also, record the practice segment so that you know what your client sounds like.

I’ve met people who had a lot of speaking experience, but they didn’t know how to animate their voice to sound good on the air. Even if someone has been on TV several times, it’s still a different experience because the audience only can hear a person’s voice. You have to put your personality into it.

Another problem is when someone comes to a radio show and is very talkative, but when the segment starts, the guest only one-word answers or sounds like a dud. If you end up not saying much or you sound bland, chances are you won’t be asked back on the show.

In addition to practicing, the guest should go to the show early to hear what the show is like and to get used to the surroundings. Recently, I met a woman who owns a language school and had no media experience at all, so she came to the show early and asked for my advice.

I gave her some talking tips, and she sounded great because she listened to what I said and understood that she had one chance to make a good impression. I’m sure her next media appearance will go well, too.

If you’re not a PR professional and are booking yourself on shows, you still need to practice and learn how to talk on the air. And don’t be afraid. If you’re prepared, you’ll be able to handle whatever the host throws your way, and you’ll have fun!

If you own a restaurant, bring food. People working behind the scenes at a radio station are very appreciative of guests who bring goodies.

Amazingly, I’ve seen people come to the show who own restaurants or food businesses who brought nothing, or only brought something for the host. Since radio doesn’t pay well or have any perks, food is a nice benefit, and the people behind the scenes will talk about it even after your segment ends.

One guy who owns a classic movie theater brought a huge bag of popcorn which was obviously meant to be shared with everyone at the station. I even took a picture of him and his bag and posted it online, and we shared the popcorn and talked about it through the night.

Another guy who owns a pizza place brought three pizzas that were so large, everyone at the station ate them, plus some guests, and even the security guard. His generosity helped his reputation, in addition to the fact that he sounded good on the air.

How to take charge of your own media, and additional tips to win the hearts of radio producers and hosts.  (See Part 2 – Radio Publicity: How to make radio hosts love you)