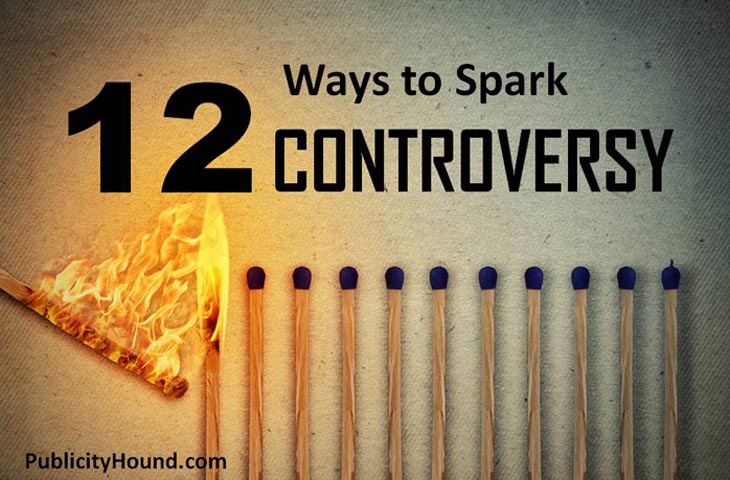 Not only are these fundamental elements of storytelling in literature and movies, they also represent a key ingredient for coverage of a product, event, company or person in traditional media, blogs, online news and social media. The friction of controversy spurs people to write about or talk about the issue in question.

With the options below, you’ll soon be an expert at generating headlines, articles, press releases, blog posts, newsletter pieces or simply tweets that ignite interest, fire up exchanges and get your core message into people’s minds.

Don’t worry if you’re in a business generally viewed as boring or mundane.  As you’ll see below, the controversy can be peripheral to how you normally talk about what you do and carry on with customers. Think of these angles as tools to earn 15 seconds of attention in today’s busy, busy world.

1. What common belief are you overturning?

If most people in your field believe that only $300-an-hour professionals can handle a certain service, your announcement that you’ve trained novices with only six months of experience to handle it is going to generate some heat. Instead of shying away from that uproar, embrace it and head off the nay-sayers with your strongest evidence that the common belief is mistaken. Take pride in proving others wrong, and you’ll have an announcement that’s the opposite of ho-hum.

2. What detail surprises some people and gets them concerned?

In Wisconsin, several highway departments are stocking up on cheese brine to de-ice the roads. Apparently waste from making provolone and mozzarella has just the right amount of salt to replace rock salt, for a savings of thousands of dollars.

Don’t wait for clever journalists, comedians and everyday worrywarts to discover this fact and raise questions about the implications. Will cheese-treated roads attract mice?  Will those allergic to milk products need to stay home? What should Wisconsinites say to the charge that this is a “cheesy” solution to a serious problem? Milk your surprising fact for all the humor you can, making this an enjoyable controversy for people to chime in on.

3. If you were forced to describe “the other side” of your story, what would that be?

A hardware store owner in Massachusetts once got local publicity because he would feed quarters into the parking meters up and down Main Street to encourage shoppers to keep coming downtown. While this seemed like an altruistic act, the newspaper that reported it injected another side into the story by finding someone who criticized the store owner for depriving the city of parking-ticket revenue.

Even if the criticism seems far-fetched, a two-sided story becomes more dramatic, consequential and share-worthy.

4. Who has taken sides on an issue in the past? 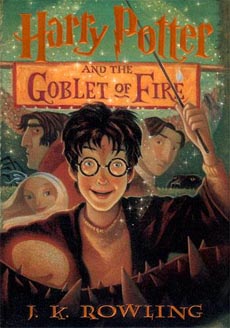 I doubt J.K. Rowling expected anyone to try to ban her Harry Potter novels from libraries or schools.

Yet according to the American Library Association, these are among the books most frequently challenged by school boards or parent groups. Opponents charge that the books promote witchcraft, that Harry Potter and his friends lie and disobey authorities, and that some of the later books in the series are too dark and frightening for children.

Consider researching past criticisms of the sort of thing you are up to and proactively defend your offering against those points. As with the parking-meter controversy, this sets up an entertaining dynamic and a meatier story.

5. What one piece of advice runs contrary to what most people do?

This question reflects what actually got me going on this topic. I was thinking of how to get attention for an online course I created on how to run your business while traveling, and the point of controversy I seized on was my suggestion in the course never to answer your cell phone while sightseeing.  I plan to write guest blog posts arguing for this minority view.

This recommendation comprises less than 1 percent of the content of my course.  Nevertheless, it is relevant enough to get some who become engaged by the controversy to want to check out what else I have to say on business travel.

6. What do customers say that surprises them in your work?

A web developer once told me there was nothing worth blogging or writing articles about in her business, other than useful tips. I asked a bunch of probing questions and discovered that until she informed them, most of her clients did not realize that WordPress sites need constant upkeep and maintenance to keep them safe from hackers.

Adopting a tone of controversy with the headline, “Has Your Web Developer Explained the Necessity of WordPress Maintenance?” would create much more buzz than a more straightforward explanation of the topic. It would also position her nicely vis-à-vis competitors. Unearthing hidden beliefs or assumptions on the part of clients or customers may enable you to expose a fascinating gap between expectations and reality.

7. What would be a Goody Two Shoes or Chicken Little position for you?

Let’s say you’re a financial services professional, and you offer a comprehensive set of checks and balances so clients always have the ability to verify that you’re not pulling a Bernie Madoff move on them. If you frame this as “Why clients should never trust their stockbroker,” and then explain the safeguards every financial services client should look for, you have ratcheted up the difference between you and the crooks. This kind of headline packs a punch even when other companies are legally required to offer the same safeguards as you do.

8. Can you satisfy a common fantasy in an unexpected fashion? 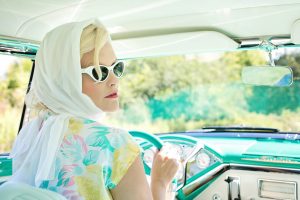 Lots of business people get excited about the idea of heading off to a warm and sunny paradise when the mercury hovers in the minus zone.  But they don’t know any legal ways to do that and get a tax deduction. To promote my “Take Your Business on the Road” course, I would describe steps business owners and self-employed professionals can take to legitimately deduct their dream vacation. In this kind of a framework, little-known yet straightforward information extracted from a product can provide delectable thrills when you outline a way to fulfill a cherished fantasy.

9. What myth or myths can you debunk?

Built into the very idea of a “myth” is a contrast between mindsets and reality, along with the implication that people were somehow fooled into their belief.

Even an everyday item like salt has myths you can discuss, such as that everyone should reduce their salt intake, that cooking without salt means no flavor and that food items labeled “sodium-free” contain no salt (they can contain up to 5 mg. of sodium, according to FDA guidelines). If you sell $12-an-ounce Hawaiian black lava salt, devoting one blog post to each myth would undoubtedly help you come to the attention of salt connoisseurs.

10. Can you disagree with a much-quoted expert?

If I were going to publish a piece saying procrastination can sometimes be beneficial, I might heighten its controversy quotient by finding prominent people who are on record saying that success comes only to those who never dilly-dally. Depending on what you discover, this may lead to a humorous rather than a confrontational approach. For example, Benjamin Franklin is famous for his industrious philosophy, but he was also a big proponent of long, leisurely soaks in the bathtub.

11. How can you connect to a natural divergence of opinion? 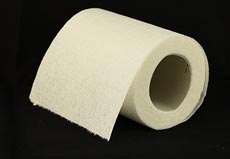 According to a Wharton Business School research paper by Jonah Berger and Zoey Chen, pieces that stir the most discussion involve a  relatively low level of controversy, where people have strong differences of opinion but nothing earth-shattering hangs on the issue.

For example, people care so much about whether toilet paper should be loaded so it pulls down from the top or from the bottom that Ann Landers called it the most controversial topic that ever ran in her advice column.  Really!

Even so, regardless of which position Ann Landers defended, chances are that no one cancelled their subscription over the disagreement or resolved never to read her again.

As a high-end travel company, you normally talk about “ecotourism” without mentioning the environmental impact of international flights or synthetic clothing and gear.  One day, however, you paint the wider picture for your customers and the industry in no-nonsense clarity. Some will stand up and cheer, while others will wish you’d kept your mouth shut. Either way, that’s a message that is going to go around the world several times. Just be sure you are ready to accept the fallout from pointing out the elephant in the room.

If you do pursue controversy, keep three things in mind.

First, whether you are edgy, alarmist, humorous or earnest, make sure your tone does not conflict with your overall business image.

Second, don’t overdo it. Constant controversy may backfire instead of making you seem smart and lively.  And third, try not to offend any crucial segments of your customer base in the way you implement these ideas.

Known worldwide as an expert on creative publicity strategies, Marcia Yudkin is the author of 6 Steps to Free Publicity, Publicity Tactics and many other books. As a reflection of her own preferences and the clients that are most drawn to her, Marcia has in recent years championed introverts and no-hype marketing. Follow her on Twitter (@marciasmantras) or explore her content-rich website at Yudkin.com