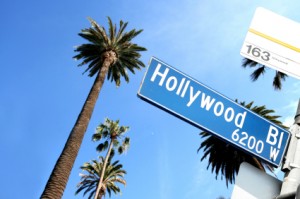 Celebrity Publicists: This could be a good opportunity to promote major news about your client like a new CD or book, or very minor news like your client’s birthday party.

A top international entertainment news agency has hired freelancer Bill Hooey, a celebrity interviewer, to supply them with short videos of celebrity interviews. Hooey won’t identify the agency, but its client list consists of more than 3,000 media outlets worldwide.

These are easy interviews with softball questions that help the celebrity look good.

“I ask questions the celebrities enjoy answering,” Hooey says. “I’m not looking to do long interviews. The standard interview is less than five minutes. I’ll arrive, ask a few questions, and then leave.”

Interview topics can include:

You can see samples of his interviews at his YouTube channel.

Since moving to Los Angeles in 1981, Hooey has hosted two local television shows and four radio talk shows.  For the last six years, he has been writing the weekly newspaper column “Life In The Fast Lane” for the LA Xpress Newspaper (weekly circ. 129,000).