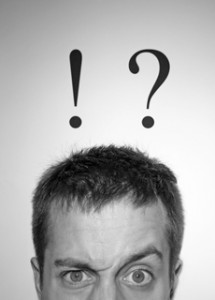 You’re being interviewed by a magazine reporter who clearly doesn’t understand the topic, despite your best efforts to explain it over and over again.

What do you do?

That’s what a graduate of The Publicity Hound Mentor Program asked me just now.

“A staffer recently did repeated interviews with a magazine writer, and sent follow-up emails for clarification, but the information still came out wrong in the article. What’s the best wording to use these days when you want to see what the reporter has drafted before it goes out? I realize that most reporters will at least read you back your quotes.”

Here’s what I told her:

When you’re being interviewed either by phone or in person, and you can tell that the reporter is becoming more and more confused, ask, “I want to make sure I’m explaining this clearly enough and not confusing you.  Can you explain to me your understanding of this topic?”

If the reporter can’t explain it, he’s confused. If he insists on writing the article anyway, ask him to call you before the article appears to “fact check” it. Many reporters don’t know what a “fact check” entails because they work for publications that don’t routinely do fact-checking.

Big magazines check facts, however. A fact checker, who usually is not the same person who wrote the article, calls you, reads the facts to you, and verifies that they are accurate. If a fact is wrong, you can correct the record before the story appears. Sometimes a fact-check includes your direct quotes.

When the reporter won’t cooperate

If a reporter will not agree to do a fact check, don’t be afraid to take the next step. Call the reporter’s boss and explain that you’re convinced the reporter is confused. And then ask, “What can we do so that you get your story and your readers get accurate information? I don’t want your readers to be confused. I also don’t want to be misquoted. And I’m sure you don’t want to be in the embarrassing position of having to run a correction because your reporter printed something that was inaccurate.”

If the topic isn’t confusing and you’re confident the reporter understands it well enough, you can still ask the reporter for a fact-check and to call you and read back to you only information that will be put into quotation marks.

When I worked as a reporter and sources asked me to do this, I almost always agreed. But I made it clear that if they decided that they didn’t like the way their quotes sounded, they didn’t have the right to change them. I would reword a quote only if I didn’t write it down accurately.

You can also help a reporter better understand a complicated issue by supplying supporting data such as reports or other media articles, or blog posts you’ve written. You can offer statistics such as pie charts, bar charts and graphics. You can provide links to other online resources that clearly explain the issue.

When I interviewed crisis counselor Jonathan Bernstein on how to keep the media wolves at bay, he mentioned that if the topic of an interview is sensitive, you can always tell the journalist you want to record it. If the journalist knows you have a recording,  they’ll go the extra mile to make sure they quote you accurately.

And, yes, they get to record it, too. That’s only fair.  Check the laws governning recording phone conversations in your own state or country.