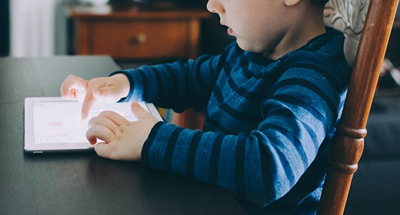 Facebook’s new app for kids, called Messenger Kids, has received an avalanche of criticism from parents and child health advocates.

Messenger Kids is a texting-type service that a parent sets up for a child through the parent’s own Facebook account.  It doesn’t have a News Feed or a “like” button but many elements of the social network are there, including emojis, selfies, video chat and group texting. It’s targeted to children 6 through 12.

I’m predicting this story will be in the news for several months because of the popularity of Facebook, the world’s Number One social media site, and because of the increased emphasis on child safety. That’s why it’s perfect for newsjacking, the process of taking a hot story already in the news and using it as a springboard for publicity.

How do Publicity Hounds do that?

By commenting on it as a subject matter expert, offering a quiz around it, conducting a survey tied to it, or creating other types of content that beg people to share it.

Facebook introduced the app a few months ago to immediate criticism from parents and groups that say 6-year-olds aren’t ready for social media. They fear that the app is a gateway to social media use, and that Facebook eventually can start targeting ads to children, much like they do for adults.

The app is also a handy way to hook young kids. That’s important since recent studies indicate that Facebook users could be spending up to 24 percent less time on the platform, perhaps because of algorithm changes or burnout.

The Campaign for a Commercial-Free Childhood, the Boston-based nonprofit, has created a coalition of about 100 child health advocates and groups to sign its open letter asking Facebook to discontinue the messenger app. It’s urging parents and others to sign a public petition under the slogan “‘no Facebook for five year olds.”

Here are nine ways authors, speakers and experts can piggyback onto this story:

Those are my ideas. I’d love to see some of yours. Also, would you let your kids or grandkids use this app? If so, have you placed restrictions on it?