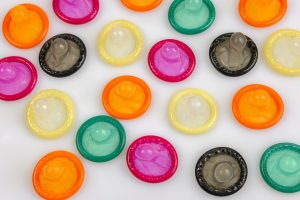 News stories about the dangers of condom snorting are starting to appear again in top-tier publications like USA Today, the Washington Post and even Forbes.

I heard about this sickening fad for the first time last night when I saw a story on WISN, a Milwaukee TV station.

Turns out it goes as far back as the nineties.  But kids have resurrected it, and their videos are going viral.

“In the videos, teens put an unwrapped condom up one of their nostrils and inhale until the condom comes out of their mouth,” says a story in today’s USA Today under the headline “The ‘condom snorting challenge’ is every parent’s worst nightmare.”

Then I started thinking of all the ways authors, speakers and experts can tie into this story. Because smaller media outlets might not have heard about this, you could be the one to tip them off and offer yourself as a source. If they like the story, and I’ll bet they will, they will most likely interview you if you convince them that your expertise ties into this topic, or that you’re a concerned parent or educator.

Newsjacking is the term coined by PR expert David Meerman Scott. It means piggybacking on a hot story in the news and offering your expertise or commentary. Here are eight ideas on how to newsjack the dangers of condom snorting.

Explain the dangers of this sickening fad, including choking, suffocation and even a collapsed lung. Do a Google search and you’ll find stories.

What’s the best way to warn your children about this? Because the fad involves condoms, how young is too young?

Is there something wrong mentally with kids who are snorting and recording? Or do they just crave attention? Last fall, kids were eating colorful Tide detergent packets.

This is an opportune time to remind parents and kids that other fads like the ones involving Tied detergent and cinnamon have resulted in hundreds of calls to poison control centers.

In 2017, poison control centers received reports of more than 10,500 exposures to highly concentrated packets of laundry detergent by children 5 and younger, according to the American Association of Poison Control Centers.

Warn parents about the dangerous teen challenges that could land your kid in the ER, including the Tide and cinnamon challenges.

How does the changing human brain affect kids’ ability to reason and think? The American Academy of Child & Adolescent Psychiatry says the frontal cortex matures through the teen years and into adulthood.

What are you doing, if anything, to warn kids about the condom snorting fad?

Stephen Enriquez, a state education specialist in San Antonio, Texas, visited a school to warn parents and teachers not only about drugs and alcohol but also about these types of social media challenges.

Explain what sites like YouTube and Facebook are doing about these viral videos. Many of the YouTube videos I found on web pages while researching this topic had been removed. What should parents do if they find a video online that includes one of their children snorting a condom or participating in a dangerous fad? Who do they contact? And how?

This is just a start and I’m sure you can think of more. If you’re puzzled about whether to write a press release or deliver a customized pitch, see my two-part series on the pros and cons of press releases and pitches.